Elizabeth Taylor To Have Happy Marriage

Celebrity astrologer Jacqueline 'Jackie' Stallone has predicted Elizabeth Taylor's upcoming marriage will be a happy one. 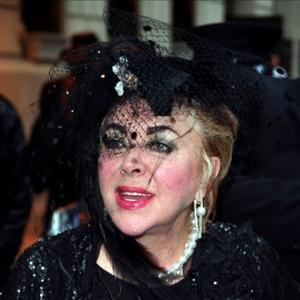 Elizabeth Taylor's upcoming marriage will have a happy ending, according to Jacqueline 'Jackie' Stallone

The celebrity astrologer - the mother of Sylvester Stallone - will be a guest at the screen legend's wedding to Los Angeles-based talent agent Jason Winters and although Elizabeth's other unions have not been successful Jackie believes this relationship will last.

Jackie - who has performed astrological readings for a host of Hollywood stars and politicians, including former Russian leader Mikhail Gorbachev - predicted to BANG Showbiz: "I think it will the best marriage of all for her. The most unusual thing is that she has stayed single for so long! I think it will be the most normal of them all - because she's got rid of a lot of her silliness - and I think it will be the happiest.

At 49, Jason is 29 years younger than 78-year-year-old Elizabeth who has previously been wed eight times to seven different men, including the late actor Richard Burton, who she married and divorced twice.

But one person who is not predicting a happy ever after for Elizabeth and Jason is wedding guest and 'The World's Most Documented Psychic' Anthony Carr.

Anthony thinks the union could go the same way as all her previous marriages, but insists she is right to walk down the aisle again.

The psychic - who writes a column for the Toronto Sun newspaper, has appeared on numerous US TV shows, including 'The Daily Show', and penned the book 'Stargazer: Predictions and Prophecies' - said: "I feel it will be another Liza Minnelli and David Gest type of relationship. I don't predict a happy ending, unfortunately. It will be romantic for a while but it won't last. But she's of sound mine and she's well enough to get married, despite the reports of her ill health."