Ella Eyre has revealed the way to her heart is by serving her up a plate of fish because she loves it so much more than the ''impersonal'' gift of flowers. 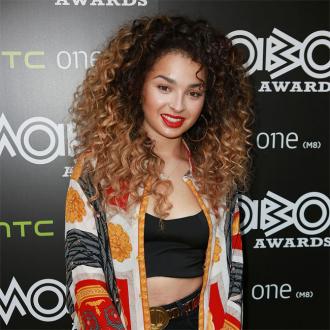 Ella Eyre prefers to get fish rather than flowers as a romantic gift.

The 21-year-old singer has insisted a bouquet of flowers does nothing to seduce her because they are so ''impersonal'' and instead loves to be wooed by someone who romances her with a fishy treat.

She said: ''I hate flowers. If they're from a colleague or something it's okay but from a guy it's such an impersonal present. I'd rather somebody bought me salmon fillets.

''Flowers are nice to look at but they die. Salmon fills me up!''

However, men looking to win over the 'Together' hitmaker with some seafood delights may not have much luck as she is believed to have recently reunited with Rixton drummer Lewi Morgan after they were spotted together earlier this month, having briefly dated the 27-year-old hunk earlier in the year.

But Ella - who is gearing up to release her debut album 'Feline' - doesn't want to be known for who she is romantically involved with and thinks female pop stars get a tougher ride when it comes to their relationships.

She told the September issue of Cosmopolitan magazine: ''I think guys in the industry get away with a lot more.

''The number of girls they've slept with is never something the media really asks but whenever a girl dates a guy it's common knowledge! Girls can be friends with guys as well.''