Ella Eyre: Rudimental needed me for No1

Ella Eyre claims Rudimental wouldn't have reached No1 on the UK charts with 'Waiting All Night' if her vocals hadn't featured on the track. 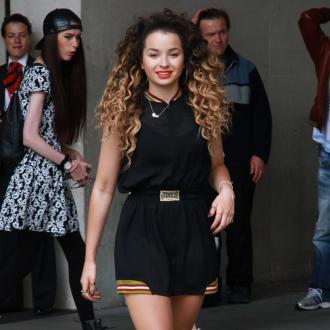 Ella Eyre insists Rudimental wouldn't have reached No1 without her.

The 20-year-old star features on the foursome's UK No1 hit single 'Waiting All Night' and claims that although she wasn't their first choice to provide vocals, she doesn't think they would have been as successful without her.

She explained: ''Originally, 'Waiting All Night' wasn't with me but I believe it wouldn't have hit No1 without me.''

However, the brunette beauty claims she's not being arrogant but simply feels their styles worked well together, meaning they were able to produce a hit.

She added to the Daily Star newspaper: ''It worked because we found the right collaboration.''

Ella is currently pursuing her own solo career with debut single 'If I Go', but continues to perform with the 'Feel The Love' hitmakers as well as Bastille - whom she collaborated with on 'No Angels'.

Quizzed on whether Bastille or Rudimental were her favourite, she added: ''Bastille, but maybe because I've worked with them less.''