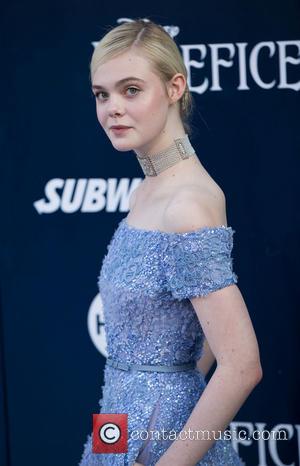 The Super 8 star admits she was stunned when she read the results of Ancestry.com historians' research, which discovered she is the 22nd great-granddaughter of the 14th century monarch through her mother, Heather Joy Arrington.

Website experts also learned that Fanning and her sister Dakota are distant cousins of Prince William's wife, Catherine, Duchess of Cambridge too, as her mother Carole Goldsmith is also a descendant of Edward Iii.

A stunned Fanning tells Eonline.com, "It's so weird. I saw it the other day. My cousins called me up and they were like, 'Look online!' I looked online and like, King Edward Iii is my great great-great-grandfather. I was like, 'Is this real?' It's crazy."

The research results came as a surprise to Fanning, who ironically plays a fairytale princess in the new Disney film Maleficent, but the 16 year old reveals digging into her ancestry has always been an interest of hers.

She adds, "I've always wanted to do the ancestry.com thing because I think it would be really cool. But someone did it for me, which I think is great."