Elle Fanning And Susan Sarandon Have Filmed Some Of Their Toughest Scenes In A Timely New Film About A Teenage Boy Trapped In A Girl's Body. 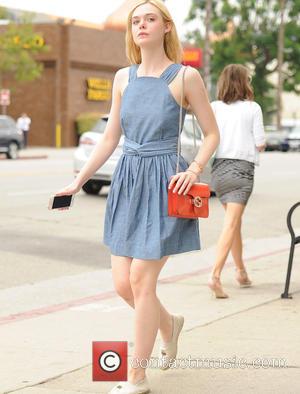 Just months after Kim Kardashian's stepfather Bruce Jenner announced he was transitioning from a man to a woman, Malificent star Fanning plays a transgender girl in upcoming drama About Ray.

Sarandon portrays her lesbian grandmother, struggling to accept the teenager's sex-change plans and Naomi Watts plays Ray's mum trying to track down her daughter's father (Tate Donovan) to get his legal consent to allow the youngster's transition.

The film will hit cinemas next month (Sep15).