Elle Fanning admits it will be ''so sad'' when sister Dakota leaves for college because they won't be able to see each other every day. 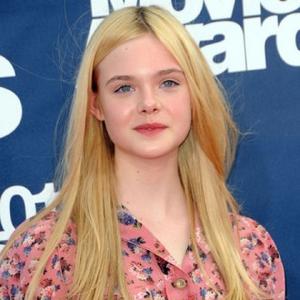 Elle Fanning admits it will be "so sad" when sister Dakota leaves for college.

The 'Super 8' actress currently lives at home with her 17-year-old sibling and their parents but Dakota is set to start higher education later this year in New York and the 13-year-old starlet says it will be tough not seeing her every day.

She said: "It's going to be so sad when she leaves. We share a bathroom right now, our rooms are right next to each other. It's going to be really weird. I keep threatening her that I'm going to turn her room into a games room. But, no, I guess I'll be going to New York a lot.

"I wanna go to college, definitely. Since my sister's going to college and everything. Both my parents went to college too."

Elle also revealed that while Dakota hasn't given her much advice with how to cope with being a child star, she does lead by Example.

She told Seven magazine: "I've grown up with her starting out and then me starting out. It's really cool. I feel like she hasn't really given me any, like, advice, but I think that just her doing the choices that she's picked, just watching her do that is the advice."