Elle Macpherson Forced To Toughen Up For 'Top Model' 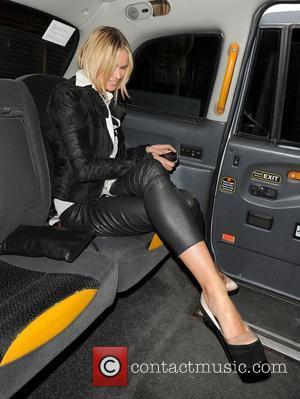 Picture: A camera-shy Elle Macpherson out and about in Mayfair. London, England - 19.06.12

Elle Macpherson has been forced to toughen up for the next series of 'Britain and Ireland's Next Top Model'. Co-host Julien MACdonald told the UK Press Association that she's been forced to change, in order to cope with the arrival of Americans Whitney Port and Tyson Beckford. "She's a bit tougher this season," explained Julien. "She had two new judges to compete with and the thing with these Americans is they're loud and they shouted, there was lots of times when we said, 'You Americans, shut up'."
The new series of the show launches on July 9, 2012 and will feature appearances from Britain's Got Talent judge Alesha Dixon and former Spice Girl Mel B, in addition to models such as Erin O'Connor and Tali Lennox. This season, there'll be a number of guest judges, including "style icon" Poppy Delevigne and former Pussycat Doll Kimberly Wyatt. The contestants for the televised modeling contest are competing to win a contract with Models 1, an international modeling agency. In addition to the contract, they'll get a feature article and cover shoot for Company magazine, as well as a contract with the Revlon cosmetics brand.
Despite her new tougher demeanour on the show, Elle still insists that it's the judges' job to mentor the contestants. "It's not about criticising or putting them down, it's to encourage them and the fact they've got to the stage which they are in the competition means they are beautiful and they have charm and presence so we focus on 'what are their strengths?' and we can give them tips on how to work in a way that brings out the best in themselves, that's what we do."