Actress Ellen Barkin Quit Twitter.com After She Made A Series Of Controversial Remarks About Politics And Abortion. 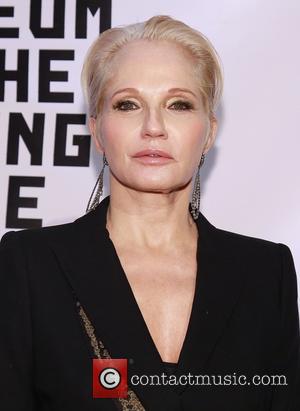 The Emmy Award winner is known for her outspoken nature, and after she signed up for the microblogging site in 2011, she frequently spoke her mind and posted profanity-laced tweets.

However, her last post was on 17 December (14), which simply read, "Thank you, everyone" to her 143,000 followers. The tweet came weeks after the she sparked controversy with her criticism of America's Republican party and her comments on abortion, writing in November (14), "News flash... a fetus cannot talk. It is not a person. Not even a baby, not even an infant. Nope. Sorry."

Barkin continued to respond to Twitter users who disagreed with her stance, but by December, she was gone from the site for good.

During an appearance on U.S. chat show Watch What Happens Live on Wednesday (18Mar15), host Andy Cohen asked Barkin why she stopped using the site, and she replied, "I got in a little trouble."

When he suggested that people around her sat her down for an "intervention", Barkin smiled politely and nodded her head.

She added, "Do you know how many times a day I think, 'I have to tweet that!', but then I put gloves on."

Judge Rules In Barkin's Favour In Breach Of Contract Case