Portia De Rossi and her wife Ellen Degeneres have teamed up for a comedy show, which has reportedly been signed up by NBC. 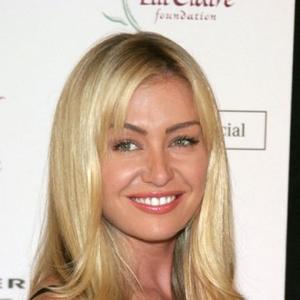 Ellen Degeneres and wife Portia De Rossi have teamed up for a comedy project.

The talk show host and former 'Arrested Development' star have reportedly agreed a deal with NBC to screen the a pilot version of the show - which will be written by 'Samantha Who? co-creator/executive producer Don Todd - that will tell the story of two duelling sisters, with Portia set to play one of the siblings, Deadline.com reports.

NBC are thought to have beaten off competition from other major TV networks interested in the as-yet untitled comedy, which is set to feature Ellen, Dan and Lauren Corrao as executive producers.

The programme - which has been sold from Ellen and Portia's A Very Good Production studio-based production company - is set to mark the 'Ally Mcbeal' actress' first TV role since 'Better Off Ted' was axed last year.

Ellen and Portia tied the knot in 2008 and the couple recently celebrated their third anniversary.