Ellen Page Isn't Chuffed About 'The Last Of Us' Likeness

"They ripped off my likeness." Ellen Page has spoken out about the character 'Ellie' from survival horror video game The Last of Us who bears an uncanny resemblance to the Juno actress. 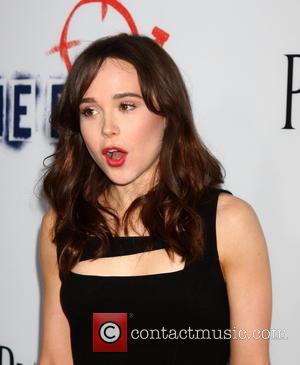 Canadian actress Ellen Page, known for her roles in Juno and Inception, took part in a recent Reddit 'Ask Me Anything' session whereby fans can ask their heroes questions.

Fan 'MozeoSLT' decided to question the actress regarding her first upcoming video game appearance in Beyond: Two Souls, as well as the significant likeness between her and survival horror action The Last of Us game character, 'Ellie':

"This has almost certainly been made clear to you several times, but are you aware how much you look like Ellie from "The Last of Us," a video game which came out about a week ago. She even sounds like you. So much so that almost everyone assumed it was you playing the role. Which leads me to my questions:How did you like playing the role of a video game character when doing "Beyond: Two Souls?" Do you prefer live action? Have you seen any footage of "The Last of Us" and would you have taken the role as Ellie if approached?"

To which Page replied: "I guess I should be flattered that they ripped off my likeness, but I am actually acting in a video game called Beyond Two Souls, so it was not appreciated."

It was a very un-diva outbreak from Page who didn't mention any further action she'd be taking and acknowledged that she and 'Ellie' look very alike, whilst pointing out she has commitments to another game - Beyond: Two Souls - which is due for release in October 2013.

Page wasn't asserting that she controlled all rights to any drawing of a brown haired Caucasian female with a slightly childlike face, she was merely voicing her disgruntlement that game developers Naughty Dog probably used her likeness for their main character.

Both games are published by Sony and since the first trailers were released for The Last of Us in 2011, the facial features of 'Ellie' were modified to make her bear more resemblance to her actual voice actor, Ashley Johnson, according to Naughty Dog: "we decided to modify Ellie's model to better reflect [Johnson]'s personality, and also resemble a slightly younger teen more fitting to the story."

The Last of Us is out now and has so far been the biggest selling video game of the year, shifting 1.3 million copies in its first week. Young Actress Ellen Page Voices Her Concerns Over A Character Who Looks Like Her In The Last of Us Game. Whereas Here's Ashley Johnson Who Voiced The Character Ellie In The Last of Us.