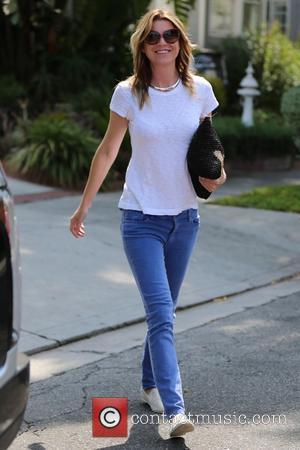 Ellen Pompeo is planning to embark on an acting hiatus once her role on hit medical drama Grey's Anatomy comes to an end.

The actress, 44, has portrayed Dr. Meredith Grey on the Tv series since its launch in 2005, but she admits starring in a drama is no longer atop her priorities list.

She tells Buzzfeed, "I definitely don't have a strong desire to act after Grey's. I definitely feel myself transitioning. I don't find acting terribly empowering. For the place I am in my life, I think my age, once I hit 40, I feel differently. I don't necessarily want to work for other people."

Pompeo, who made her screen debut in an episode of crime drama Law & Order in 1996, is keen to jump behind the camera and develop projects through her Calamity Jane production company, but she insists she won't be making an acting retirement statement anytime soon.

She continues, "I mean, never say never, I'm not going to come out and make one of those statements like, 'I'm retiring after...' and then in February come back. I try to keep an open heart, an open mind, an open soul and spirit to whatever comes my way and whatever is meant to be for me will be."

Pompeo's comments come just weeks after she signed on to add executive producer to her resume with a Tv adaptation of Rachel Carey's book Debt, about the 2008 financial meltdown in New York City.