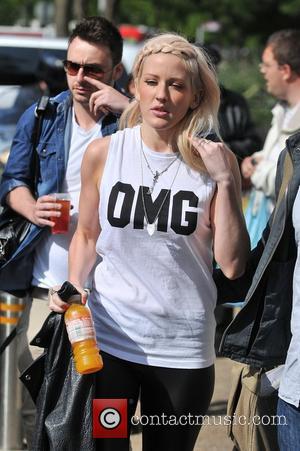 British singer Ellie Goulding is following in the footsteps of Gossip Girl star Jessica Szohr and supermodel Naomi Campbell by signing up as the face of U.S. drinks giant SoBe.
The Starry Eyed hitmaker is fronting the campaign for the U.K. launch of the energy drinks range, which takes its name from South Beach in Miami, Florida.
As part of her duties, Goulding will appear in several films on the company's website in which she is seen exploring South Beach, singing with a local Hispanic band, and running across the sand.
She says, "I'm really excited to be working with SoBe to bring a taste of South Beach to the U.K. this summer. It was amazing to spend some time filming out there and really get under the skin of this cool and vibrant place."
And the singer is wasting no time in undertaking her promotional obligations - she was snapped arriving for a U.K. TV interview on Thursday (19May11) clutching a bottle of SoBe orange.