Ellie Goulding feels ''honoured'' to be nominated for British Female' and 'British Single' at the 2014 BRIT Awards. 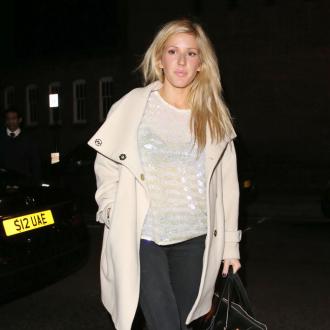 Ellie Goulding feels ''honoured'' to be nominated at the BRIT Awards 2014.

The 'Anything Could Happen' singer - who was prized with the prestigious Critic's Choice award in 2010 - faces stiff competition from the likes of Jessie J and One Direction in the 'British Female' and 'British Single' categories, but said she felt ''grateful'' to have been acknowledged when the contenders were revealed at the BRIT Awards nominations ceremony on Thursday night (10.12.13).

Ellie gushed: ''It is such a huge honour. I will always remember how important the BRITs were to me every year as a child and how exciting they were. I'm so happy and grateful to be part of it again this year. It really has been the craziest six months of my career.''

The 27-year-old beauty has enjoyed a wave of success since the release of her 2012 album 'Halcyon' - reissued as 'Halcyon Days' in June last year - which scored her first UK number one single 'Burn' and became a top ten selling album in the US Billboard 200.

Meanwhile, Ellie revealed she will take to the stage for the first time when the BRITs with MasterCard is broadcast live from London's O2 on ITV, Wednesday, February 19.