Ellie Goulding hopes her new track, 'Anything Can Happen' inspires people to get married. 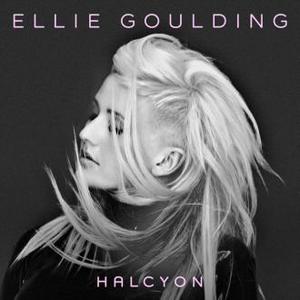 The singer's new single, 'Anything Can Happen', is about ''realisation'' and she Hopes it inspires people to do something positive.

She told MTV news: ''I suppose it's one of those songs where I sort of talk about bits of my childhood, but also about my Friendship with this person, and, I suppose it's a song of realisation.

''It's called 'Anything Could Happen,' so I'm hoping it will make people go out and propose to their girlfriends or go on that holiday they never ended up doing. I Hope it will provoke positivity, as opposed to make people really sad.''

Ellie has previously admitted her second record, 'Halcyon', is a ''break up album'' - possibly inspired by her love split from DJ Greg James at the beginning of this year- and also said it is a step forward musically from her debut, 'Lights'.

She added: ''I've moved on quite a bit since the first album. I've learned a lot more and I've grown up a lot more. Different influences and people have influenced it; I suppose just [through] circumstances.

''It's a bit more tribal and anthemic; a bit more piano and vocal than anything. This one, to me, is way more of a pop record.''

Ellie is now dating dubstep musician Skrillex, after they struck up a relationship over the internet.