Ellie Goulding had to have therapy in order to help get over debilitating panic attacks. 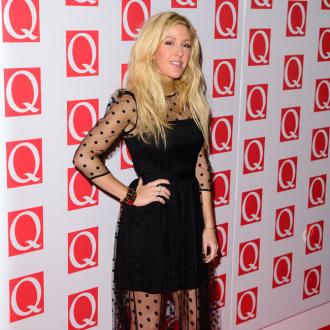 Ellie Goulding needed therapy after panic attacks convinced her she was going to die.

The 'Burn' hitmaker - whose father walked out on her family when she was five years old - felt she was having a ''heart attack'' on a train one day, and it turned out to be the first of many terrifying incidents which left her terrified to go anywhere.

She said: ''From that day, I kept having them. It was the weirdest time of my life. Sick, horrible things would go through my mind but I didn't want to draw attention to myself... It got to the point when I couldn't even get into the car and go to the studio.

''I went to see an amazing woman to have CBT [cognitive behavioural therapy], and she flushed everything out. It took a lot of going back to my childhood.''

Ellie was also prescribed anti-anxiety drugs and says the attacks have now stopped.

She added: ''With the help of things like Diazepam in small doses to relax me at certain times, the attacks slowly stopped and now I'm through it.''

The 26-year-old star - who has previously dated DJs Greg James and Skrillex - also admitted she was once an ''idiot'' who changed herself for the person she was in love with.

Speaking to the forthcoming January issue of Britain's Cosmopolitan magazine, she said: ''You should never change for anyone. And I say that because I've done it before; I've changed for a man... I was so, so in love with him that I'd have done anything. I look back now and think, 'What an idiot!' You only realise when you're out of it how someone can have a hold over you. He treated me horrendously and I just didn't help myself.''