Ellie Goulding has separated from her boyfriend Skrillex after seven months, because the pair couldn't make their long-distance relationship work. 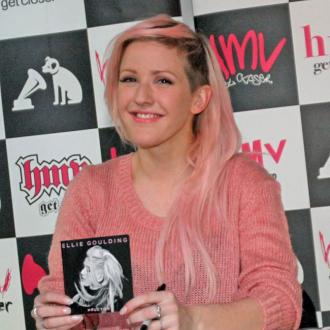 Ellie Goulding has split from her boyfriend Skrillex.

The 25-year-old singer and the dubstep producer - real name Sonny Moore - have ended their seven-month relationship after failing to make the long-distance romance work.

British musician Ellie has been busy promoting her second album 'Halcyon', while Skrillex is based in the US and they weren't finding enough time for one another.

A source told The Sun newspaper: ''It's really sad, they were really good for each other. They just couldn't make it work. They both have successful careers and live in different countries.''

The pair started dating after Skrillex emailed Ellie to tell her he was a fan of her music.

Ellie split from her last boyfriend, DJ Greg James, in December and she recently revealed her ''dark'' LP 'Halcyon' is inspired by the end of their 18-month relationship.

The 'Starry Eyed' hitmaker was deeply ''in love'' with Greg and was convinced they would be together forever but they also spit because they didn't see each other enough due to work pressures.

She previously said: ''I was naive to think my relationship with Greg James wouldn't be in the spotlight. I fell in love with him because he's very positive and intelligent and a really good person. I thought it would be fine, that it would last forever. That I had fallen in love with someone so purely and simply was amazing to me. It was very sad that it didn't work out and was down to factors such as not being able to see each other much.''