Ellie Goulding, Mumford & Sons and Carrie Underwood have joined the line-up for the Apple Music Festival at London's Roundhouse which will take place from September 19th until 28th. 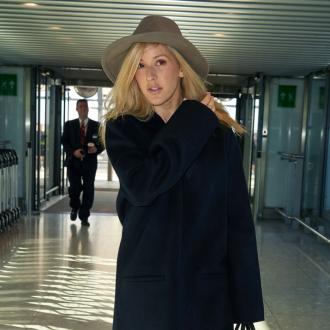 They will be among the main acts at the event, formerly known as the iTunes Festival, which is set to take place from September 19th until September 28th.

Carrie said: ''Playing in the UK is always such a thrill! I'm really looking forward to heading back and being a part of such an amazing line-up at Apple Music Festival. What a unique concert experience, not only for the fans at the Roundhouse, but also for fans across the globe who can stream it live!''

Mumford & Sons added: ''We've had some great experiences at the Roundhouse over the past few years. The first time we played there was in 2009 opening for The Temper Trap and Stephen Fry, and then we were lucky enough to return a year later to collaborate with Laura Marling and Dharohar Project who had travelled in from India for their first trip outside the country. It was one of the most memorable and surreal shows we've ever played. Nobody knew what was going to happen next, least of all us.

LION BABE, NAO and Jack Garratt have also been added to the line-up.

Previously announced headliners include Take That, Florence + The Machine, Disclosure and Pharrell Williams.

One Direction will be supported by Little Mix, and singer Niall Horan said: ''It'll be great to be back in London and we can't wait to perform for our fans in the Roundhouse and around the world on Apple Music!''

Previous performers at the eight-year-old old event - which has been renamed the Apple Music Festival to support the launch of the new Apple Music app - have included Adele, Lady Gaga and Justin Timberlake.