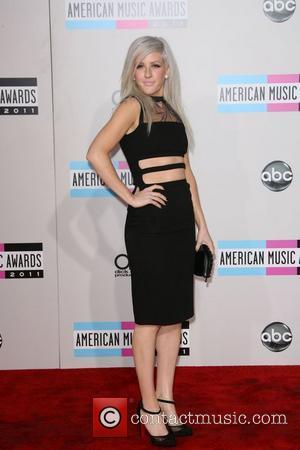 Ellie Goulding has been talking to the hellogiggles.com website and has announced that she plans to release her second album this summer. She is still working on material for the follow-up to Lights / Bright Lights and told Jennifer Still "I've been writing the last six months or so and I still have a long way to go. .But I'm quite happy about the new stuff I've been writing and I'm really looking forward to getting it out."

Goulding also said that the proudest moment of her career so far is the fact that she got to sing for Kate Middleton and Prince William as part of their wedding celebrations; "If I die tomorrow, God forbid, I'm so proud of me and my band for pulling that one off." She revealed that she has been recording with her friend Calvin Harris and the pair worked together in the same studio that Michael Jackson recorded Thriller. Ellie also stated that the new album is likely to contain 'darker' material, though she suggested that maybe 'raw' would be a better word to describe the sound that she's hoping to achieve on her sophomore album.

One subject that wasn't covered in the interview, however, was Goulding's recent split from Greg James, her boyfriend of 18 months. She started dating the Radio 1 DJ after he attended one of her early shows, but according to The Sun earlier this month, their busy schedules prevented them from spending enough time together.