Ellie Goulding would like to be able to buy Buckingham Palace from Queen Elizabeth and turn it into a ''homeless shelter'' in London. 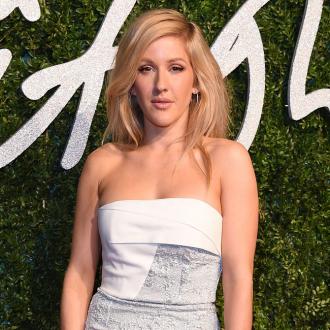 The 27-year-old pop star says if she could buy any property in London she'd purchase the royal residence - the London home of Queen Elizabeth II - and convert it from a palatial palace into a house for people living on the streets.

She said: ''I'd (like) to buy Buckingham Palace and turn it into a homeless shelter.''

Ellie is a big supporter of homeless charity Streets of London and is hosting a benefit concert, 'Ellie Goulding & Friends', on December 16 at the O2 Shepherd's Bush Empire to raise money for the organisation.

The 'Outside' singer was able to put the event together because she is having three weeks off for the Christmas holiday period.

In an interview with ES magazine, she said: ''After three years on the road, I don't have to get on a plane for three weeks so I'm writing my next album and putting together an acoustic show with my friends Bastille, Birdy, Band of Skulls and Tom Odell for the Streets of London charity to help support shelters over Christmas.''

Ellie will be looking forward to opening some vintage champagne over the festive season as she collects bottles of the sparkling wine.

She revealed: ''(I collect) champagne and black and white photographs of famous musicians.''