One band member taking it upon themselves to re-record all of the band's old classics is a bold statement at the best of times. It can come across as pretty arrogant of that member to think they can do it all better than if the whole band was there. One of the few who would be able to pull this off is Jeff Lynne, the mastermind behind Electric Light Orchestra, who has taken it upon himself to re-record all of Elo's old favourites. The album, entitled Mr Blue Sky - The Very Best of Electric Light Orchestra, is out now. At first glance, it seems like re-recording ELO's old favourites was a great idea. The songs now sound great (not that they didn't before) and, more importantly, they don't sound too different either (so those expecting a dramatic re-mastering and remixing of all the old classics can rest easy, it hasn't happened!). Lynne also plays everything on the album (with a couple of tiny exceptions) which can come across as slightly arrogant but, if ignored, is actually quite impressive.

Probably one of the best things about this album is its timing of release. Listeners who might be a bit younger might not think they know anything by ELO, and then end up listening to this album and realising they actually know at least half of them - Mr. Blue Sky, Telephone Line... It's a great move for Electric Light Orchestra. Way to resurface.

Some cynics might say that Lynne re-recording all the old ELO tracks was a commercial stunt. This reviewer disagrees. Jeff Lynne's first love is music. It's only natural he wants to keep making it, and it'd be a loss to the world if he were to stop. This is just a stepping stone to remind listeners that he's still out there and that he knows what he's doing.

It's a great idea to get some semi-forgotten but great music back out there into the mainstream, and there's nothing wrong with that. For those who don't know Electric Light Orchestra, go and listen to it now. For those who do, it's not a lot different but still worth a listen if you have a spare few minutes. And overall, it's great to see them back. 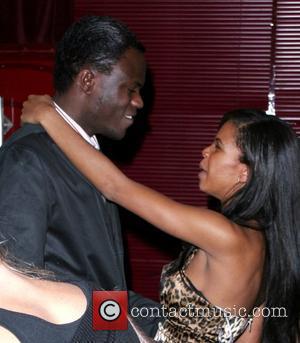