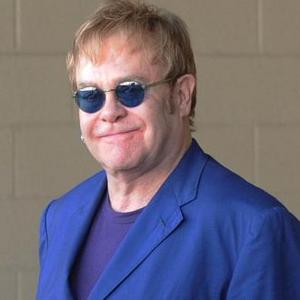 The 'Rocket Man' singer, 65, said he is concerned about the 26-year-old singer and her tiny frame.

He also admitted that her parents are anxious about whether she is taking correct care of herself while travelling the world.

Elton continued: ''I talk to her mum and dad about it. They worry.''

The music legend explained that the star - who is godmother to he and civil partner David Furnish's son Zachary - is especially on their minds because she works extremely hard.

He added: ''She is frail, and she doesn't eat when she should, and she's a girl, and it's tougher for a girl. She works really hard. She will be in Denmark one night and Saudi Arabia the next. I know how tiny she is and I do worry about her, yes.''

Elton suffered his own health scare recently (23.05.12) . He was admitted to hospital with a ''serious'' respiratory infection.

He had to cancel shows in Las Vegas to recover from the illness.

He said in a statement: ''All I can say to the fans is sorry I can't be with you. I hope to see you soon at this wonderful theatre at Caesars Palace.''