Elton John 'Terrified' By Own Album

Elton John was ''too terrified'' to listen to his own latest album 'The Union' album after he recorded it. 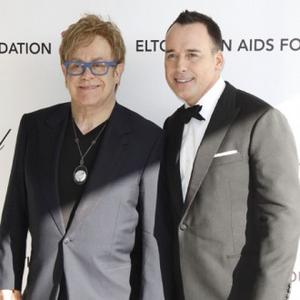 Elton John was "too terrified" to listen to his own album after he recorded it.

Despite the 'Rocket Man' singer recording 29 albums before 'The Union', he was incredibly worried about how it would be received when it was submitted to the record company.

He said: "I worry about how it might be received. I couldn't listen to the playback with the record company, it was too terrifying.

"I don't know if it's a young person's album, but you never know. It's the one I wanted to make now."

Elton recorded the album with fellow singer and pianist Leon Russell, with whom he'd been friends with in the 1970s, but had lost contact with in recent years.

He added that the pair used Bob Dylan's critically well received 2006 album 'Modern Times' as a reference point when writing and recording.

Elton said: "My template was 'Modern Times' by Bob Dylan, which sounds as if it was produced in the 1950s but is also modern."

He also spoke of his pride at helping resurrect Leon's career, which the singer had nearly given up.

He added to Radio Times magazine: "His wife told me he'd nearly given up, and he says it in the song 'In The Hands Of Angels'.

"Cameron Crowe filmed the recording and we were all crying. I went out, composed myself, and when i returned Leon said, 'Thank you for saving my life'."