Sir Elton John got married on Sunday (21.12.14) in front of guests including Ed Sheeran, Kate Bush, and pals Victoria and David Beckham. 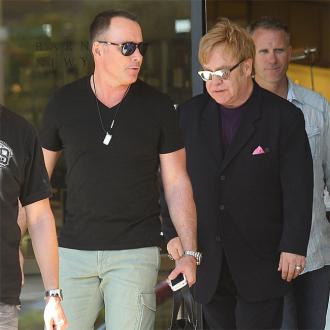 Sir Elton John got married on Sunday (21.12.14) in front of guests including Ed Sheeran and Kate Bush.

The 'Your Song' singer officially wed his partner, film producer David Furnish, in a ceremony at their estate in Windsor, south east England, on the ninth anniversary of their civil partnership.

Joining Instagram to document the special occasion with a series of photos, Elton wrote: ''Please join us this Sunday @DavidFurnish and I will be posting special moments from our big day.#ShareTheLove #EltonJohn #DavidFurnish (sic).''

Close friends, the Beckham family, also turned up to support the couple, with David and Victoria being accompanied by their four children, Brooklyn, 15, Romeo, 12, Cruz, nine, and Harper, three.

The couple - who have been together for more than two decades - confirmed they had officially wed in a post on the image-sharing social network earlier in the day, when Elton wrote: ''That's the legal bit done. Now on to the ceremony! #ShareTheLove @DavidFurnish (sic).''

The afternoon ceremony featured their sons, Zachary, three, and 23-month-old Elijah as the ring bearers, and took place in front of a large piece of art by Damien Hirst, with guests being treated to a three-course meal following the nuptials.

Elton, 67, and David, 52, have long been advocates of gay marriage and promised to commit themselves to each other with the legally binding contract when same-sex marriage became possible in the UK in March.