Sir Elton John will duet on Gary Barlow's new solo album, his first in 14 years, set for release in November. 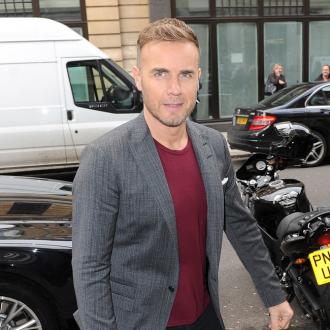 The 'Rocket Man' hitmaker recorded a track with the Take That singer last month in New York City, which will appear on Gary's first solo album in 14 years.

An insider told the Daily Mirror newspaper: ''Gary and Elton had a really good time recording the track together. Their voices really complement each other.

''Now Gary and his label team are busy fine-tuning details on the album between now and the beginning of October.

''The track's production isn't quite finished yet, but everyone's really excited about the vocals.''

Gary, 42, has been secretly working on new material for a year with top producers, including Stargate - responsible for hits by Rihanna, Rita Ora and Beyoncé - to help him re-launch his solo career, which stalled after 1999's 'Twelve Months, Eleven Days'.

A source previously said: ''Gary has been testing the waters for a solo comeback all year with live dates. Secretly he's been in the studio with lots of collaborators and flying to the US to work with top pop producers. The music is not just the ballads people might expect.''

However, Gary will find himself going head-to-head with Take That bandmate Robbie Williams, who is preparing to release his latest album, 'Swings Both Ways', a week before Gary's collection - which is yet to be named - goes public on November 25.