Sir Elton: 'Levon Helm With Live On Through My Son' 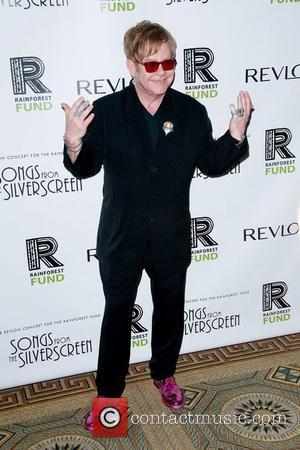 Sir Elton John is convinced he came up with the perfect tribute to Levon Helm by naming his son after The Band star.
The Rocket Man immortalised the rocker in his track Levon and also named his baby son after the musician, calling the tot Zachary Jackson Levon.
Sir Elton was devastated to hear of Helm's death from cancer on Thursday (19Apr12), but hopes to keep his memory alive through his little boy.
He tells Entertainment Weekly, "When I heard The Band's music from Big Pink, their music changed my life. And Levon was a big part of that band... He was the greatest drummer and a wonderful singer and just a part of my life that was magical.
"They once flew down to see me in Philadelphia and I couldn't believe it. They were one of the greatest bands of all time. They really changed the face of music when their records came out.
"I had no idea he was sick so I'm very dismayed and shocked that he died so quickly. But now my son has his name."