For as long as pop music has been a thing, we've been granting grand titles on some of the titans of the industry. While they'll never have the influence of real royal figures like Queen Elizabeth II and Prince Phillip, Duke of Edinburgh, these artists' influence on popular culture has been nothing short of supreme. 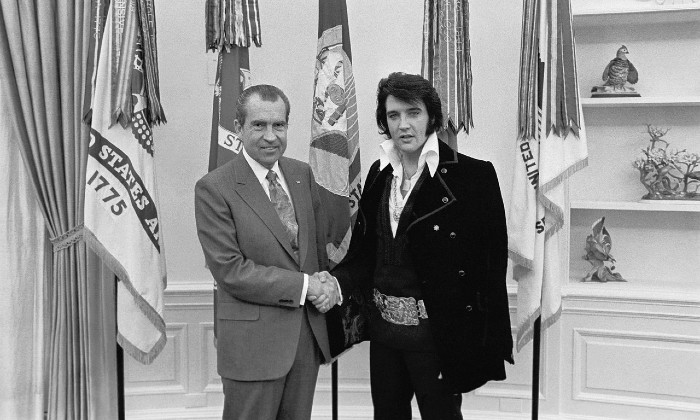 Let's start with pop. The undisputed Queen of Pop is, of course, Madonna. With more than 300 million record sales under her belt, she's the highest selling female recording artist of all time and continues to innovate and challenge the pop status quo in her career. Meanwhile, the King of Pop is Michael Jackson, who had the most awards of any recording artist, while his album Thriller remains the top selling album ever released.

For such monarchical titles, it would take someone particularly special to supplant Madonna and Michael Jackson, but when it comes to the Prince and Princess of Pop, that's a little more debated. The latter is sometimes considered between former rivals Britney Spears and Christina Aguilera, who have some of the most recognisable voices in the world of pop, while Prince of Pop is occasionally used to describe Justin Bieber. That leads us to consider some newer Princesses of Pop; namely Lady Gaga and Rihanna. But do they really have the clout to replace the likes of Britney and Xtina?

There's no question why Eminem is considered the King of Rap with sales of more than 220 million records and being the best-selling artist of the 2000s. However, the Queen of Rap is currently a much fought over title between Nicki Minaj and Cardi B. On the one hand Nicki Minaj was the second female rapper to debut at the top of the charts after Lauryn Hill, and on the other Cardi B is the only female to win Grammy Award for Best Rap Album as a soloist following debut album Invasion of Privacy.

While King of Soul is a title often attributed to either Sam Cooke or Otis Redding (both of them being pioneers in their own way), the Queen of Soul can only be Aretha Franklin and it likely always will be. She earned the Presidential Medal of Freedom for her contributions to music, and was also the first woman to be inducted into the Rock and Roll Hall of Fame.

The Prince of Soul (as well as the Prince of Motown) is 60s artist Marvin Gaye, while the Princess of Soul is often considered the much later artist Jennifer Hudson who rose to success with her Academy Award-winning appearance in Dreamgirls.

When we think of music royalty, one of the first artists that pops into one's head is Elvis Presley, who's often simply known as "The King". He remains the best-selling solo artist of all time and is certainly one of the most iconic and recognisable faces in American history. His Queen of Rock 'n' Roll counterpart is usually thought of as Tina Turner, though in more recent times Joan Jett has been recognised as such; she certainly represents a more modern era of rock music.

Our favourite oddly specific honorific royal titles are Queen of Christmas Mariah Carey, for her memorable festive staple All I Want For Christmas Is You which has earned more than $60 million in royalties since its 1994 release, and the Prince of Darkness which goes to Ozzy Osbourne for his satanic themed band Black Sabbath, and his dark stage persona.

Of course, there are endless unofficial titles for a variety of genres from the Queen of Country Pop Shania Twain to the Goddess of Pop Cher and it's up to fans and media alike to bestow such titles on artists. But one thing's for sure, official or not, there's definitely a regal hierarchy when it comes to the music industry.