Review of I Can't Come Down Single by Embrace 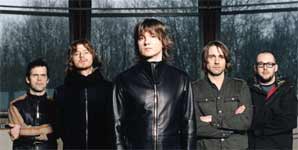 Having made one of the most remarkable comebacks in contemporary music, the five Yorkshiremen who are collectively known as Embrace have gone about cementing their resurrected status by spending the majority of 2006 touring the UK relentlessly. "I Can't Come Down" is the third track to be lifted from the original release of their number one record, "This New Day".

Perhaps the stand-out moment from the aforementioned album, this song finds the band in sombre mood and is built on the aching sound of Micky Dale's piano. Danny McNamara sounds heartbroken as he bears his soul about not being able to let go of a relationship and stirring strings are thrown in for good measure. The money-spinning alternative versions that are available for download (acoustic, live and demo) are strictly for their hardcore following, but even none-fans should not overlook this touching ballad.