Emeli Sande admits she was a ''big geek'' and took the hardest subjects possible at school. 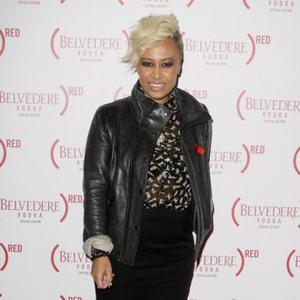 Emeli Sande was a "big geek" at school.

The 'Heaven' singer was enrolled at medical school before her singing career took off, and admits she always tried very hard at school.

She told Q magazine: "I was a big geek. I took the hardest classes I could, all the sciences. I loved being at the top."

Emeli left her studies after she had achieved a degree in neuroscience at Glasgow University, Scotland, and said she chose to study the brain because "it's like a black hole, it's vast and fascinating.

"I'm fascinated by psychiatry and mental breakdown. I just hope I can put it all into my music."

Emeli, 24, - who has been awarded the 2012 BRITs Choice award - also said she knew she could pursue her career after collaborating with rapper Chipmunk on his 2009 hit 'Diamond Rings', writing the hook and singing the chorus.

She said: "When the first song I did with [producer and co-writer] Naughty Boy, Chipmunk's 'Diamond Rings', went to the top 10, that's when it started and I thought I could really pursue music as a career."