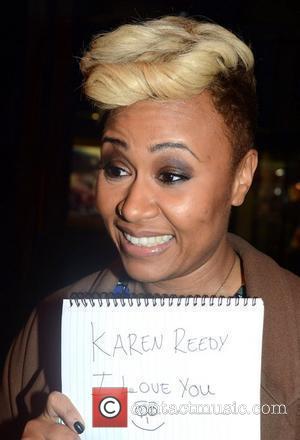 With Emeli Sande set to pick up the Critics' Choice Award at the BriTs this evening, we thought it might be a good idea to give a few facts about the burgeoning star, lest the Scottish-born singer come under fire in the same way that Bon Iver did upon pipping the likes of Nicki Minaj and Skrillex to the Best New Artist Award at the recent Grammy Awards. So, without further ado, here's five things you might like to know about the 24 year-old.
[1] Sande was raised in Aberdeenshire in Scotland to an English mother and Zambian father and, at the time of her breakthrough she was four years into a six-year degree studying Medicine at the University of Glasgow, the sudden upswing in her music career causing her to drop out. [2] Her breakthrough as a singer came in 2009, appearing on the Chipmunk track 'Diamond Rings' which went to Number Six on the UK Singles Charts, however she'd made a mark for herself sooner than that - writing songs first for the UK's urban scene for artists like Tinie Tempah, Devlin and Wiley before penning tracks for Simon Cowell and his roster of reality stars. [3] Her breakthrough single as a solo artist was 'Heaven,' released last summer and making Number Two on the UK Singles Charts. [4] She gained her first chart top spot after singing on Professor Green's 'Read All About It,' which was released in October of last year. [5] Her debut album was eventually released on February 13th this year, it sold 113,000 copies in its first week and on to top the UK Album Charts last weekend. It's the second fastest-selling album in the UK so far this year.
So those on Twitter, Facebook etcetera you now have now excuse when she appears on the Awards tonight not to know who she is.