Singer Emeli Sande didn't think a career in music was a realistic prospect in her youth, instead initially deciding to focus on her education in medicine. 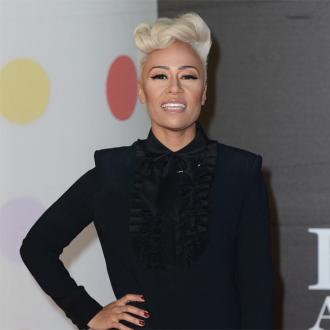 The 26-year-old singer has a degree in clinical neuroscience along with an offer to study at Glasgow University for her final two years of her six-year medical degree, and admitted she always focused on studies as a more realistic prospect compared with the unpredictable nature of the arts.

She said: ''I had these dreams, but what was more important to me was to feel that I had safety and security in my life. That meant not thinking about being a singer and focusing on studying to be a doctor.

''I felt you could work and work at music and nothing was guaranteed, but if you worked at school, at science, then you'd get something solid.''

Ten years ago, the 'Clown' hitmaker won a music competition but found the reality of the prize - the chance to go to London to meet with record labels - too daunting.

She admitted: ''I found it overwhelming. I guess there aren't many teenagers who would think going back to school was the better option, but I didn't want to be this girl desperate to be a singer with nothing else to fall back on. I never believed it could really happen to me.''

At university, Emeli had written the track 'Diamond Rings' for Chipmunk, and she reassessed her choices before asking for her father's blessing.

She revealed to the Mail on Sunday newspaper's Event magazine: ''I'd reached a point where I had to follow my heart, my passion. 'Diamond Rings' proved I had something, I needed to see it through.

''I called my dad and asked him what he would do and he told me to go for it. A lot of my tutors weren't happy but I moved to London and became who I really wanted to be.''