Emeli Sande: it was 'daunting' working for Jay-Z

Emeli Sande admits she found it ''daunting'' working for Jay-Z on the soundtrack to Baz Luhrmann's 'The Great Gatsby', on which she covers the rapper's wife Beyonce's 'Crazy In Love'. 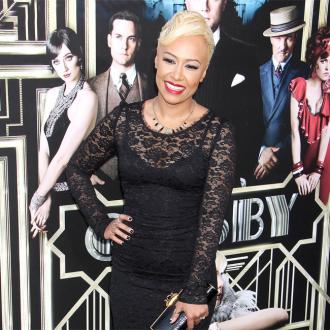 The 26-year-old singer songwriter admits she felt a tremendous amount of pressure when working with the music mogul for the soundtrack to Baz Luhrmann's 'The Great Gatsby' as she wanted to do justice to his wife Beyonce's 'Crazy In Love'.

Emeli's track will feature alongside the singer's rendition of Amy Winehouse's 'Back To Black' on the record, which Jay-Z - real name Shawn Carter - worked on with producer The Bullitts.

She told MTV News: ''It was initially quite daunting, especially because Jay-Z is the executive producer. But [it's] a big honour to be involved, and it was really, really fun going to the premiere and seeing it all come together.

''I haven't met Beyoncé, but I met Jay-Z afterwards and he was digging it. So that's good.''

Emeli's track 'Next to Me' from her debut album 'Our Version of Events' has become a worldwide hit since its release, especially in the US, and the blonde beauty is nervous as to how she can meet expectations with her follow-on single in the States.

She added: ''['Next To Me] was a big breakthrough single for me back home in the UK. Things change a lot when people listen to your music and your life completely changes. So the past two years have really been a fast ride for me.

''How am I gonna follow up? Well, we're discussing which one to come up with next in the US. But I'm excited. We'll see what happens; it's one of the favourite ones on the album.''