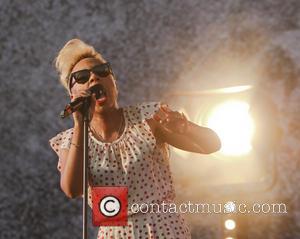 Scottish singer Emeli Sande is among the acts who will perform special in-flight gigs on Richard Branson's airline to mark the 40th anniversary of the business mogul's record label.

The British entrepreneur will mark 40 years since the launch of Virgin Records by lining up a number of the company's artists, including Sande, for a series of special mid-air shows on his U.K. domestic airline Little Red.

The concerts will take place on flights connecting London to Manchester in England, as well as Edinburgh and Aberdeen in Scotland, and rocker Mike Oldfield is also among the artists on the bill.

Branson says, "Virgin Records is where it all started for Virgin, and 40 years later it's great to see we are still being innovative. This exciting series of events is the perfect way to celebrate the 40th anniversary of Virgin Records and the artists, from Mike Oldfield to Emeli Sande, who continue to disrupt the status quo."

More acts will be announced in the coming weeks before the gigs kick off in September (13).

Branson has already been staging mid-air comedy shows on the Scottish flight routes during the duration of the famous Edinburgh Festival.