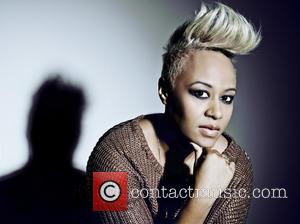 Picture: Emeli Sandé - Over 3CDs 'Made In Scotland' is a celebration of some of the best contemporary and heritage Scottish artists across all genres. Some...

The No More Drama hitmaker has crossed the pond and invited some of Britain's biggest names in music to contribute to her 13th studio album, due out in November (14).

And while Blige's new project involves musicians from genres such as dance and pop, she tells Britain's The Observer newspaper that her goal for The London Sessions was to create good songs that don't adhere to any particular style of music.

She explains, "The sound in London at the moment is house music. That is what the majority of people are producing their songs like. But the ones that get truly successful are the ones using proper songwriting. And that is exactly what we're trying to do, along with a few other people

"But that applies to any genre, not just dance music. You could take the songs off Sam Smith's album, produce them in a completely different way and they would still be a huge success - you could produce them like acid jazz and I still feel like they'd get somewhere."

Blige previously worked with Disclosure on a remix for their song F For You, and she teamed up for a new version of Smith's Stay With Me in July (14).