Video - Emilio Estevez: 'Our Stuntman Was Scared Of A Lake'

Actor Emilio Estevez (Men At Work; The Breakfast Club; Young Guns) attends a press junket to promote his new movie 'The Way'. Speaking via a satellite link, Emilio recounts the uplifting tale that inspired him to make the movie and talks about a lake that Martin Sheen's stuntman was afraid of.

The Way, based on true events, tells the story of a man (played by Emilio's father, Martin Sheen) who travels the 'Camino de Santiago' (The Way of Saint James) to recover the body of his dead son (Emilio Estevez)

The made for TV movie 'Five' had its premiere in New York City on the 26th September. Among the stars on the red carpet were actresses Demi Moore and Gloria Estefan, who graciously posed for a photo with a fan; rapper Wyclef Jean; actor Emilio Estevez and Jennifer Aniston, who part directed Five.

'Five' is a series of short films, following the lives of five women and the impact breast cancer had on their lives. It stars Rosario Dawson and 'Kick-Ass' star Lyndsy Fonseca

By Chris Barsanti
Weak
A film that works overtime to offend each and every ethnic group and economic class that makes up the smoggy purgatory of Los Angeles while simultaneously patting itself on the back for being so putatively daring, The L.A. Riot Spectacular is a cynical exercise in erstwhile satire that's all the more frustrating for the wasted opportunity it represents.

By Chris Cabin
Bad
Filmmakers go overboard all the time, but none more than Oliver Stone. When Stone released JFK in 1991, it was obvious that he was pulling from a biased idealism, but he wasn't necessarily fibbing either. The cumulative effect of Stone's film was investigative fervor; even if you didn't believe the bulk of what was being given, you had to be shocked by a few of his points. The film was about looking back, but it was also about the hushed panic of the Kennedy assassination and the rest of the '60s. So, maybe going overboard was important to what Stone was after.

You won't find any sort of rabblerousing or sense of time in Emilio Estevez's Bobby, his account of the people that were in attendance when Robert F. Kennedy was shot and killed in Los Angeles' Ambassador Hotel. Estevez tosses together close to two dozen major characters and storylines along with footage of RFK campaigning against racism, America's poverty, and unlawful McCarthy tactics. The stories run the gamut from a young couple (Elijah Wood and Lindsay Lohan) getting hitched to keep the groom out of the war to an alcoholic diva (Demi Moore) and her forgotten husband (Estevez himself) to a philandering hotel manager (William H. Macy) who must keep his affair with a switchboard operator (Heather Graham) from his wife (Sharon Stone) and from an infuriated ex-employee (Christian Slater). There's also a pack of poll campaigners (Nick Cannon, Joshua Jackson, Shia Labeouf, and Brian Geraghty) who must deal with an acid freak out facilitated by a hippie (Ashton Kutcher), a pushy Czech journalist (Svetlana Metkina), and a flirty waitress at the hotel restaurant (Mary Elizabeth Winstead). Sounds like the makings of an ensemble comedy, no? 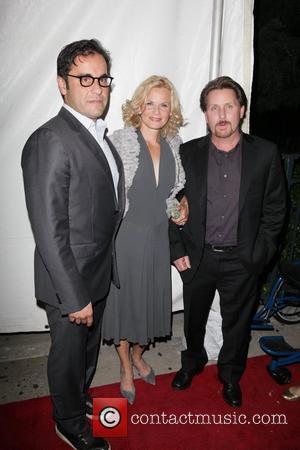 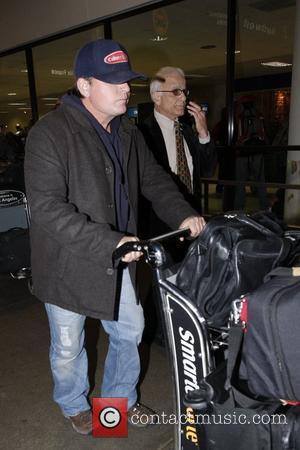