Actress Emily Blunt Has Issued An Apology To Any Conservatives She Offended With An "Offhand" Quip About U.s. Politics After Becoming An American Citizen. 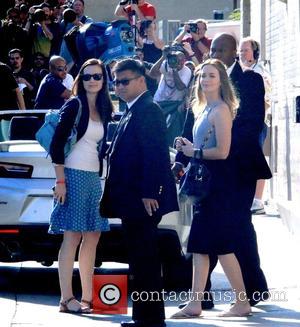 The Devil Wears Prada star, who is married to Massachusetts native John Krasinski, was sworn in as an American last month (Aug15), and she has been joking about the pros and cons of her new citizenship ever since.

During a recent chat on U.S. talk show Jimmy Kimmel Live!, she poked fun at the first Republican TV debate between potential presidential candidates, including Donald Trump, Jeb Bush and Rand Paul, and said, "I became an American citizen recently, and that night, we watched the Republican debate and I thought, 'This was a terrible mistake. What have I done?'"

Right-wing TV commentators seized the opportunity to attack Blunt, with Fox & Friends host Anna Kooiman firing back, "You know what, then why don't you leave Hollywood...? Let some American women take on the roles that you're getting, because Americans are watching your movies and lining your pockets!"

Blunt has since responded to the controversy, insisting she meant no harm when she made the innocent remark.

Addressing Kooiman's demands for her to leave Hollywood on Thursday (17Sep15), Blunt told U.S. breakfast show Today, "It was so not the intention to hurt anybody or cause any offence so I really apologise to those that I caused offence (to). It was just an offhand joke."