Emily Blunt has revealed her and husband John Krasinski - who already have 18-month-old Hazel together - are keen to have another child as they want to give their daughter ''competition''. 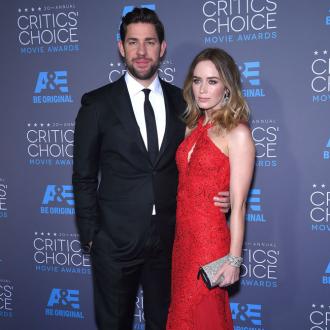 The 'Edge of Tomorrow' star and 'The Office' actor - who already have 18-month-old Hazel together - have revealed they are keen to add to their family to give their daughter ''competition''.

Of the possibility of a new son or daughter, she said: ''One day. I don't know when. We've got to give her some competition at some point.''

However, the pair are currently focused on bringing up their daughter and enjoying child-friendly date nights.

John told Entertainment Tonight: ''It's pretty much the same as everybody else's date night, other than the water slide of chocolate fudge, which we do every night. No, we just go out and go to dinner.''

Meanwhile, the 35-year-old actor previously revealed he was Emily's ''number one fan''.

He said: ''It's really that we just got lucky. It's one of those things, I'm having more fun now than the day I met her, and it's pretty wild.

''I don't know the formula to it, but I think she's hilarious, extremely talented, and I'm definitely her number one fan.''

John - who has been married to Emily since 2010 - also admitted everything changed when they had their little girl.

He gushed: ''I think when you commit your life to anything like that it changes everything. All of the cliches are true.''