Emily Blunt has revealed that she has a girl crush on her 'Huntsman' co-star Charlize Theron. 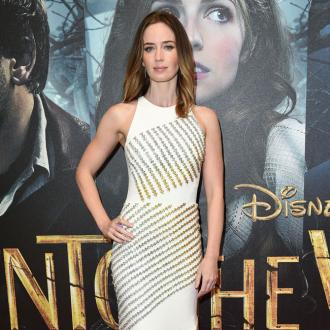 Emily Blunt has a ''girl crush'' on Charlize Theron.

The actresses recently worked together on 'The Huntsman' - the prequel to 2012's 'Snow White and the Huntsman' - and Emily, 32, loved working with Charlize and now has so much admiration for her.

She told E! News: ''It was so much fun. I loved working with all those people and Charlize is my new girl crush, for sure.''

The film sees Chris Hemsworth reprising his role of the Huntsman with Charlize once again playing the vain Queen Ravenna.

Little is known about Emily's role but she is reportedly also playing an evil character.

Charlize recently celebrated her 40th birthday with a group of her closest friends, including Emily.

The Oscar-winning actress - who celebrated the landmark on August 7 - recently split from her ex, Hollywood star Sean Penn, and opted to spend her big day with many of his closest pals.