Actress Emily Blunt Is Amazed She Can Handle Roles In Tough Action Movies Because She Was A Nervous Wreck As A Child. 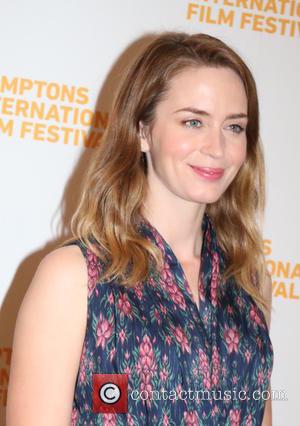 The British star plays a Federal Bureau of Investigation (FBI) agent in new movie Sicario, and it follows similar gritty parts in Looper and Edge of Tomorrow, alongside Tom Cruise.

However, Emily is shocked she has easily slipped into the tough-girl roles as her childhood was plagued with anxiety and a crippling fear of the most innocent experiences, including the annual visit from Santa Claus.

"I was talking to my mother about it the other day, and now here I am jumping off buildings and doing crazy stunts and this movie Sicario - it's pretty out-there and intense. So it's a bit of an irony that I was this quaking child that now has become someone with a willingness to do anything."

However, despite her nervy temperament, Emily did once indulge in a little childhood shoplifting - at the behest of her older sister Felicity.

"My older sister, when we were growing up, would always tell me to do bad things that would get me in trouble," Emily adds. "She told me to steal some seeds from the garden centre once and I was caught and had to take them back and apologise. So illegal."