Emily Blunt is surprised at the ''mileage'' there could be out of garden gnomes for new animated movie 'Gnomeo and Juliet'. 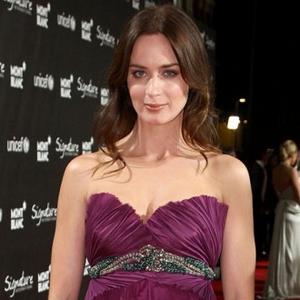 Emily Blunt is surprised there could be a movie about garden gnomes.

The British actress - who voices the leading female role in new animation movie 'Gnomeo and Juliet', based on the Shakespeare play 'Romeo And Juliet' - was surprised so much "mileage" could be made out of a film about the outdoor ornaments.

She said: "I have no idea how they do all that animation. I just thought how charming it all was. The story really moved and propelled.

"I think the mileage they get out of garden gnomes is just off the chart. Who would have thought?"

It is not the first time the 27-year-old beauty has played the role of Shakespeare's Juliet, and she admits the new version was "less of a tongue twister" than the original production she was in.

She told Digital Spy: "I played her when I was about 19 which was a really extraordinary role and I'd say to any actress to do it at one point. It's a really amazing, emotional roller coaster. The garden gnome version was less of a tongue twister and less of an endurance test."