Dr. Dre's new album will feature Eminem, Kendrick Lamar and Snoop Dogg and will be released this Friday (07.08.15), making it his first record in 15 years. 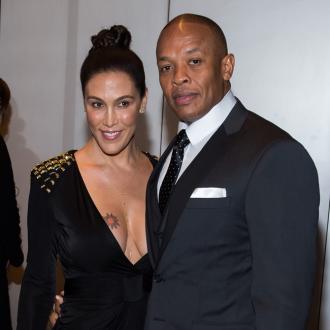 The eagerly-anticipated LP - officially announced on his Beats 1 radio show 'The Pharmacy' over the weekend - will be called 'Compton: A Soundtrack' to accompany the movie 'Straight Outta Compton' which tells the story of his hip hop group N.W.A., which he was in with Ice Cube, who will also feature on the collection.

He teased: ''The record is bananas.''

The album - released on Friday (07.08.15) - will be the 50-year-old rapper's first since 1999's '2001' and comes several years after his much-lauded but never released third LP 'Detox' was anticipated, which he has now revealed ''just wasn't good enough'' to be released.

News of the new LP was revealed last week by Ice Cube, 46, who gushed about what fans can expect.

Speaking about the album, he said: ''It's mega. It's Dr. Dre, it's what everybody's been waiting for.

''It's definitely a dope record, and he's dropping it all on the same day.''

The tracklist for 'Compton: A Soundtrack' is as follows:

5. 'All In a Day's Work' feat. Anderson Paak & Marsha Ambrosius