Eminem Almost Quit After He Was Booed

Eminem almost quit rap after his first ever public performance, because he got booed so badly. 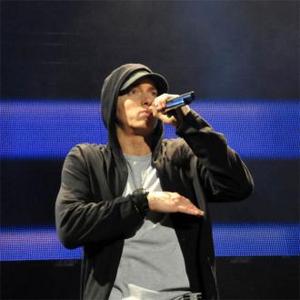 Eminem almost quit rap after his first ever public performance.

The 'Stan' hitmaker started out battle rapping in Detroit in the early 90s, but was so embarrassed when he was booed he almost quit entirely.

He said: ''The first time I rapped in front of actual people that mattered, in a club, I got booed. And it was very traumatic for me. I just remember it being so f***ing traumatic, and I think I went home and I was like, man, I quit.

Eminem has since become one of the most successful rappers of all time, and says he owes his life to the rap game.

''This is the one thing I feel that I feel like I have and a can do well, if I didn't have this I don't think I could do anything else, except for maybe play basketball.''

Eminem is one of a number of rappers who stars in new film, 'Something From Nothing: The Art of Rap' directed by Ice-T and featuring Snoop Dogg, Dr. Dre, Ice Cube, Q-Tip and many more. The film will be released on DVD in October.