Eminem leads the 2011 Grammy nominations, with nods in 10 categories, including Album, Song, and Record of the Year. 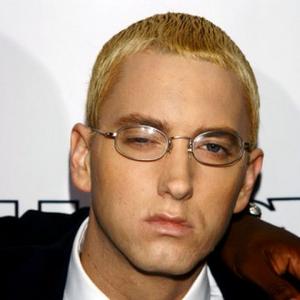 Eminem leads the 2011 Grammy nominations, with nods in 10 categories.

The 'Not Afraid' rapper is in the running for some of the most prestigious prizes at the annual ceremony, including Album of the Year, Song of the Year and Record Of The Year.

Singer-and-songwriter Bruno Mars got the second most nominations when they were announced last night (01.12.10) with seven, while Lady GaGa, rapper Jay-Z and country act Lady Antebellum all scored six.

Bruno - who, among his nominations, is up for Best Male Pop Vocal for his hit 'Just the Way You Are' - said: "It's just been a great year, incredible, incredible year, and I can't believe this is happening to me.

"We've worked so hard trying to make a living doing music and the fact that we're here right now is incredible, incredible."

Another track co-written by Bruno - Cee Lo Green's 'F**k You' - was nominated for both Record of the Year and Song of the Year, and Cee Lo said he never realised the track, which was edited to 'Forget You' for the radio, would be such a hit.

He said: "It wasn't meant to be a radio song. It was meant to be something with flair and first impression and it really took on a life of its own, and I had no idea it would become what it is today."

In the Best Newcomer category, Justin Bieber found himself nominated alongside his fellow Canadian, rapper Drake.

He told LL Cool J - who hosted the nominations show at Club Nokia in Los Angeles: "It feels amazing - I can't believe I'm in this position! I don't know what to say!"

Among the performers at the nominations show were Katy Perry - who opened proceedings with 'California Gurls' - Justin Bieber, rapper B.o.B and indie group Train.

The 53rd Grammy Awards will take place at the Staples Center in Los Angeles on 13 February 2011.

Song of the Year:

'The House That Built Me' - Miranda Lambert

Record of the Year:

Up On The Ridge - Dierks Bentley

You Get What You Give - Zac Brown Band

The Adventures Of Bobby Ray - B.o.B

How I Got Over - The Roots

Best Pop Performance By A Duo Or Group With Vocals:

'The Only Exception' - Paramore

'If It Wasn't For Bad' - Elton John & Leon Russell

'Dance In The Dark' - Lady Gaga

'Dancing On My Own' - Robyn

Best Rock Performance By A Duo Or Group With Vocals:

'Tighten Up' - The Black Keys