Eminem has made a heartfelt apology to his mother, Debbie Nelson, in his new music video which was released on US Mother's Day yesterday (11.05.14). 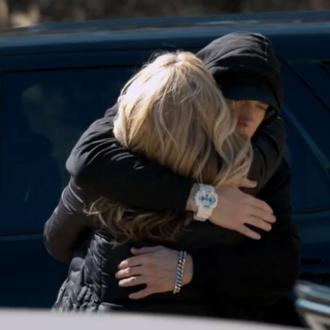 Eminem has apologised to his mother in his new music video.

The rapper appears to hug a woman resembling his mum, Debbie Nelson, and expresses his regret about their feud in the official clip for 'Headlights', which was released on Sunday (11.05.14) to coincide with Mother's Day in the US.

The lyrics even reflect on Eminem's earlier song, 'Cleanin' Out My Closet' in 2002, in which he accused his mother of making him ill due to her alleged drug habit and the song, featuring Nate Ruess, is taken from his album 'The Marshall Mathers LP 2', which was released last year.

He raps: ''I went in headfirst, never thinking about who what I said hurt / In what verse, my mum probably got it the worst, the brunt of it / But as stubborn as we are, did I take it too far, Cleanin' Out My Closet /And all them other songs, but regardless I don't hate you / Cause ma, you're still beautiful to me, cause you're my mum.''

The 'Rap God' hitmaker has had a troubled relationship with his mother over the years, often rapping about his troubled childhood in his autobiographical songs.