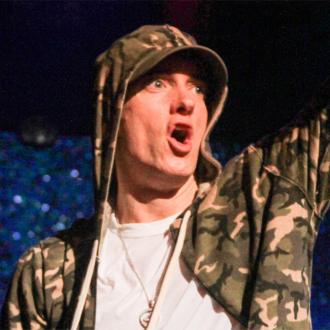 The 'Berzerk' rapper teams up with the Bajan singer on a new track called 'The Monster', following on from the success of their last collaboration, mega hit 'Love the Way You Lie' from Eminem's last album 'Recovery'.

Rising rapper Kendrick stars on a song called 'Love Game'. He has previously said his invitation to appear on the record came as a complete surprise.

He told MTV: ''It was unexpected. I just went to Detroit [Eminem's home city]. I had a show out there and I got a call saying, 'Come to the studio, fast.' So we did it.''

Elsewhere on the album - produced by Dr. Dre and Rick Rubin - Fun. singer Nate Ruess appears on 'Headlights', a surprising choice, given the indie star's last collaboration was with pop singer Pink.

Also featured, on the track 'A**hole', is Skylar Grey, who wrote 'Love the Way You Lie' and has previously appeared on tracks by Dr. Dre and in Eminem's Slaughterhouse project.

'The Marshall Mathers LP 2' will be released on November 5.

Eminem says 2007 overdose that nearly killed him ‘kind of sucked’

Eminem in talks to headline Glastonbury

Eminem, Stevie Nicks and more have been announced on the Elvis soundtrack