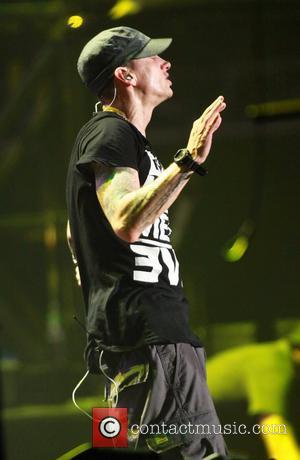 A video for the track was briefly available on YouTube but has since been taken down. Pink has described the track as “an alternative club banger” and according to Detroit News, it features Eminem rapping “in triple time” and managing to mention “Ciroc, Snickers commercials and Urkel” whilst he’s at it. He also makes a reference to Sean Combs, with the line “I'm a run the city tonight when I hit it I might/Act like a frickin' idiot, Diddy mixed with a medieval knight." Meanwhile, Pink is being equally feisty, with the lines “I'm tearing up the night/ Lipstick and leather tight/ Not looking for a fight/ No /High heels and cherry wine/ Not wasting any time/ We're ticking like a bomb/About to blow.”

Pink’s new album also features an appearance from Lily Allen, or should we say Lily Rose Cooper, as that’s what the British singer has changed her recording name to, to match her married name. Lily crops up on the track ‘True Love’ on Pink’s sixth studio album, which is released next week.