Eminem to headline Reading and Leeds

Eminem is the first headline act announced for the UK's Reading and Leeds festivals in 2013. 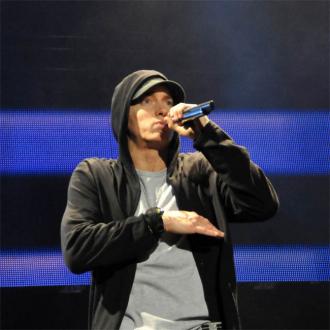 Eminem will headline the UK's Reading and Leeds festivals next year.

The 'Stan' rapper will be making his first appearance in the UK since 2011 at the events, which will be held in August 2013.

The rapper, 40, has previously appeared at the twin festivals in 2001, when he showcased his 'The Marshall Mathers LP' and was joined on stage by Marilyn Manson for the track 'The Way I Am'.

The Reading and Leeds festivals are also diversifying away from their usual rock and heavy metal roots, with indie band Alt-J, drum and bass act Sub Focus and grime collective Boy Better Know joining rockers Deftones on the bill. A further two headliners and many more acts will be announced in the coming months.

Eminem will likely be showcasing new songs in his set, as he is strongly rumoured to be releasing a new album next year. He recently told how he has recorded a track with Lady GaGa and rapper Kendrick Lamar.

He said: ''Yeah, I got this crazy record with Gaga and Kendrick for the upcoming LP. Its called 'Street Lights', and its just a real upbeat record.''

Eminem's last solo release was 2010's 'Recovery', but since then he has also appeared on 'Hell: The Sequel' with his group Bad Meets Evil and 'Welcome to Our House' with his band Slaughterhouse.