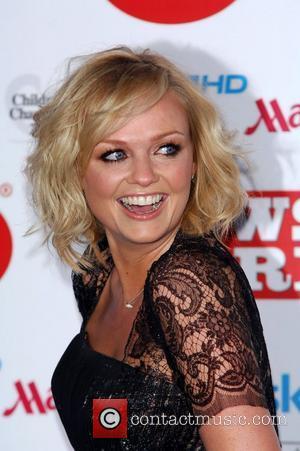 Emma Bunton suffered crippling panic attacks during the Spice Girls reunion tour - she was terrified fans were mocking her baby weight.
The singer hit the road with the reunited girl band in December 2007, just months after giving birth to son Beau, her first child with long-term partner Jade Jones.
But she was petrified during the early shows on the world tour, as she was convinced gig-goers would notice she was carrying a few extra pounds.
Bunton says, "I was pregnant when we talked about going back on tour. Then, of course, you don't really understand it - but once you have the baby...I was very self-conscious for maybe the first five or six shows. I just thought, 'How am I doing this? Three months ago I had a baby.'
"Jade pulled me to one side - and my mum - and both of them said 'Everyone knows you have had a baby, nobody is saying you have put a bit of weight on.' I just had to forget it all and enjoy the show, and that's what I did. At the time, I just panicked."