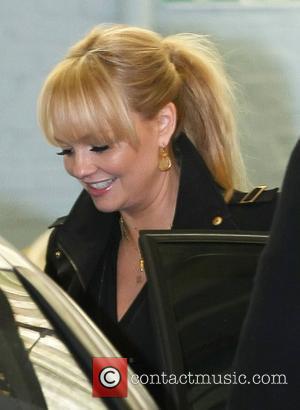 Emma Bunton, the British singer and former member of the Spice Girls, has given birth to her second child and named the baby-boy 'Tate'. Emma Bunton, who announced the news on her Twitter page, gave birth early this morning (6th April 2011), with the child weighing in at 7lbs.
In a message to her Twitter followers, Bunton said, "Our beautiful son Tate has arrived safe and sound! We are all so happy and excited. Thanks and love to you all. Xx". A statement from the singer's representative read, "Emma Bunton and Jade Jones are delighted to announce the birth of their second child, a baby boy called Tate. Both mother and baby are doing well and the family are over the moon and would like to thank everyone for their kind wishes and support". Bunton's fiance Jones is most famous for being the former lead singer in the pop band Damage, although he also sang in Cherryblackstone. In recent years he has worked as a trainee chef and now works at Claridge's in London. Bunton's close friend Myleene Klass was one of the first to congratulate the couple, tweeting, "Huge congrats to you and your family. Little Tate is finally here!" The name 'Tate' is described as being a traditional Middle English name, meaning "to be cheerful".
Emma Bunton currently works as a radio presenter on Heart FM and also appears as a judge on the Itv reality skating program, 'Dancing on Ice'.