Emma Stone found the 'Ghostbusters' script ''really funny'' but turned the movie down because it was too big a commitment. 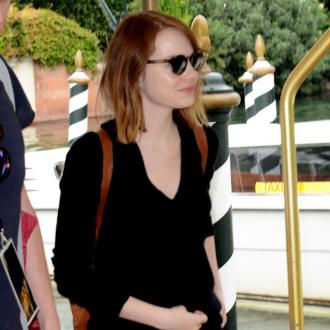 Emma Stone turned down 'Ghostbusters' because it was too ''big'' a commitment.

The 26-year-old actress was approached to take on a role in the all-female reboot of the movie series, and though she really liked the script, she felt the timing wasn't quite right.

She said: ''The script was really funny. It just didn't feel like the right time for me. A franchise is a big commitment--it's a whole thing. I think maybe I need a minute before I dive back into that water.''

Emma can next be seen starring alongside Joaquin Phoenix in 'Irrational Man', her second movie with director Woody Allen and though he is a huge fan of her acting talents, the actress finds working with the filmmaker ''terrifying''.

She told the Wall Street Journal: ''It's terrifying. He doesn't do table reads or any rehearsal. You can't even ask questions about your character, because he'll be like, 'You know this is a movie, right?' ''

The 'Birdman' star feels very lucky to have reached a position in her career where she can choose the projects she is interested in.

She said: ''There's this insane thing that happens where you get to a point where you start not just doing things because you're lucky to have gotten the job, but you actually start making choices.''