Emma Stone has won acclaim for her varied body of work but says her one ''true love'' is comedy. 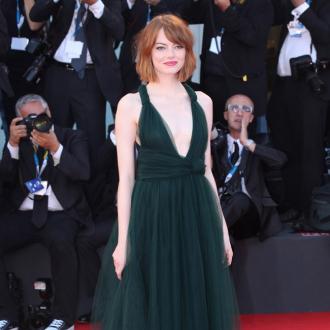 The 26-year-old actress has won praise for her work on movies like 'The Help' and 'Gangster Squad' but will always enjoy making light-hearted films the most.

She said: '' Comedy is my true love. I doubt whether there will ever be another genre that can compete.

''A big part of my job is being able to understand different facets of the human psyche and I like to be able to push myself in roles where you have to dig deeper inside.''

And the 'Birdman' star also ''gravitates'' toward strong female roles where she is portraying more than someone's girlfriend.

Asked if she deliberately chooses to play strong characters, she told LOOK magazine: ''I probably gravitate towards those kinds of characters although it's not like I'm specifically looking to play strong women.

''I'm attracted to roles where the female character has her own sense of identity and not just the guy's girlfriend and reacting to whatever he does.

''That's why playing Gwen in the 'Spider-Man' films has been so interesting and satisfying for me because she's such a forceful and independent young woman. I like the idea of playing women who can stand on their own and also be very loving and open.''